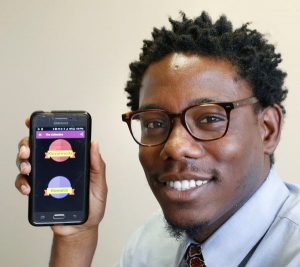 head first into learning new languages and finding ways to expose his community to the benefits of being multi-lingual in a global society. Derek Smith, while working as a case manager for a local non-profit focused on integrating immigrants into communities throughout DFW, saw a need and created a more streamlined solution. The Collective App provided tools and resources for refugee immigrants to become more connected and acclimated to living in a new environment. Basic resources like grocery stores, post offices, ethnic food stores, and health resources were translated into user common languages and integrated into the app, used as a navigation tool to adjust to life in a new land.
While testing this solution with communities throughout the metroplex, he discovered a deeper challenge that ignited his passion to once again, solve for X. The solution is Afro Tongues. We teamed up with Derek and Co at the Afro Tongues soft launch, hosted at PAN African Connection Bookstore a few weeks ago to learn more about the project.
Here’s the run down:
Q: What is Afro Tongues?
A: AfroTongues is the world’s first crowd-sourced app exclusively for African languages.
Q: What problem are you solving?
A: There’s a few problems. First, If you look across app stores, you’ll readily notice that there’s little to no apps that cater to African languages. At the same time, a number of countries are engaged in business on the continent and we in the diaspora have been socialized to learn European and Asian languages only. I believe languages are an economy in and of themselves, so the goal is to restore economic agreements where they belong (in African languages) and rebuild relations between African Americans, the rest of the diaspora, and the continent on our own terms.
Q: Where did the idea come from?
A: It’s a wild story to explain but long story short, I was a finalist for a tech fellowship in Washington DC. There was an opportunity to really learn some Swahili at my job at that time, so promised myself that I’d do learn some if things fell thru. Sure enough I missed the cut so I began learning, then teaching what I know, and teaching English to Swahili speakers. It clicked early on that I didn’t need the fellowship to pursue a great idea.
Q: Who is it for?
A: There’s a few groups: AfroTongues is for entrepreneurs and investors interested in engaging in business on the continent, travelers who’d like to know a bit of lingo before they land, anyone interested in connecting a bit more with others in their community, and of course, anyone interested in sharing their language with the world.
Q: Why is Afro Tongue Important?
A: There’s a potential to truly shift the language(s) we speak, why we speak them, how we travel (leisure vs business) and for African Americans in particular– a chance to officially participate in the global economy. This is something we’ve been locked out of for centuries, but technology is truly on our side now. It’s up to us to leverage it for a change.
Q: What is the 10-year vision for Afro Tongue?
A: In 10 years, AfroTongues will be well established among competitors, languages such as Swahili and Yoruba will begin to become compulsory for international business, and the app itself will have evolved into a social media platform for business connections, travel deals, etc.
Q: Why is important to support diverse Founders in Tech?
A: I saw a statistic somewhere stating that there are over 8 billion people in the world, and half of them live in abject poverty. The implication is that we’re functioning on 50% of our full potential as humans. Many of the most innovative and revolutionary ideas reside in the minds of those with no options to actualize them. Diversity is important because it provides that opportunity. In the end, we’ll all win beyond our wildest imaginations.
To learn more about Afro Tongues follow their journey on social media at @afrotongues and download the app “AfroTongue” on iOS or Google Play 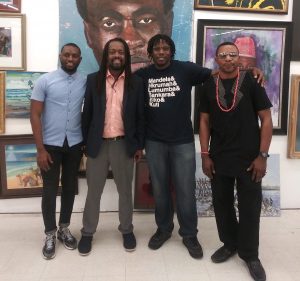